← more from
Comedy Minus One
Get fresh music recommendations delivered to your inbox every Friday. 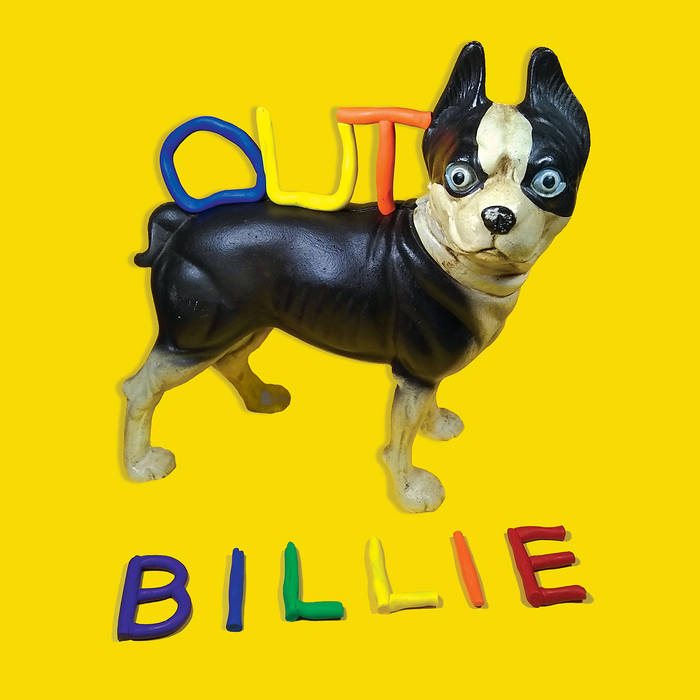 cavestrummer This would have been right at home coming out on Touch & Go in 1994. A great sound I don't hear much anymore: great rhythm section, some angular guitar signatures, nice harmonies. I dig it. PS - three tracks at precisely 3:57 in length. That has to have been purposeful. Favorite track: Rashomon.

There's something about a Midwestern summertime thunderstorm. Actually, with climate change in the mix, there's a LOT of somethings about severe weather in the midst of the Great Lakes. In the last few years, the weather around here's just gotten a little more Extra – just in the past six months we went from wind chills of 50 below to a 100+ heat index, with little to take the edge off other than a good ol' violent cloudburst. The scent of electricity heralding a welcome break in the oppressive summer heat, backed with violent winds and lightning that could send a tree into your house. It's deadly and refreshing all at once. Depending on your personality, you may just as likely run out into the maelstrom spinning like a top, or dive for cover into the basement with the dog. Tornadoes, after all.

Billie (cmo044), the second full length from Kalamazoo, Michigan's OUT, is named after one of those dearly departed family pets, and damned if it isn't a Michigan thunderstorm compressed onto thirty minutes of wax. Ike Turner's and Chafe Hensley's guitars crackle, zap, and cut right through the humidity, layering storm clouds while TJ Larmee's bass rumbles and Mark Larmee's drums crack and boom. Engineer Mike Roche turned the band's vocals into rain, washing over the proceedings with heavenly cleansing power. Just listen to Hensley hang onto the notes during “Still Talking Wrong” and see if you're not suddenly reaching upward like Andy Dufresne just crawled out of prison.

Billie covers a lot of thematic, stormy territory, violent, heavy, and exhilarating at once – health scares; departed friends; the trials of living with a (loving) partner for the last 16 years; relatives who still say awful garbage at holiday dinners; a brave friend who put it all on the line one fateful night out on the plains; gettin’ wild when kids are out of the house. All manner of pox and canker. But for all the gloom and doom and drama, there's just as much sunlight cutting through the clouds and the thunder and lightning. Heck, lightning can kill, but it's also awesome, right? The crazy thing is, when you see OUT live, you might find yourself shouting along with a refrain like “who's feeling like dirt?” but you'll also find yourself grinning like a fool while you're doing it. It's how they roll—as Brian Schill wrote about OUT's debut, Swim Buddies, in Agricouture, “each of the eleven tracks is simultaneously fist-pumping and bleak - just right for the America to come - [to] engage in what Judith Butler once called the ‘politics of despair.’”

Yes indeed, there's levity and joy in these songs, and it's not just a “haha we're doomed” nihilistic glee, either – by drenching themselves in the torrential downpour of life's madness, be it cancer or climate change, OUT remind us all just how awesomely wonderful life can be. Sure, album closer “You Sure Are Strong” may exclaim “we'll all drown,” but that just drives home how precious that time out in the rain can be before it washes us away. Between the basement and the storm, I think I'd rather spin like a top outside and get wet.

Speaking of getting out of the basement, OUT will be doing their thing this year, playing shows to support the 500 copies of this slab that Comedy Minus One is unleashing on the world. These Kalamazoo cloudbursters will hopefully be cascading into your town soon, ready to spread some bleak-ass Midwestern rave-up love.

To order an LP - shop.comedyminusone.com/products/out-billie-lp

Dedicated to those keeping the creeps at bay.

Members of OUT would like to thank our families, friends and community for supporting our work. Special shout-outs go to our life-bro Ryan Nelson for his excellent creative work in sequencing Billie; Ruby Hensley and Jalil Johnson for the photographic adventure.

All songs written by OUT.

Recorded and mixed by Mike Roche at Broadside Productions in Kalamazoo, MI.

Presented by Comedy Minus One in Princeton, NJ.
comedyminusone.com

Bandcamp Daily  your guide to the world of Bandcamp